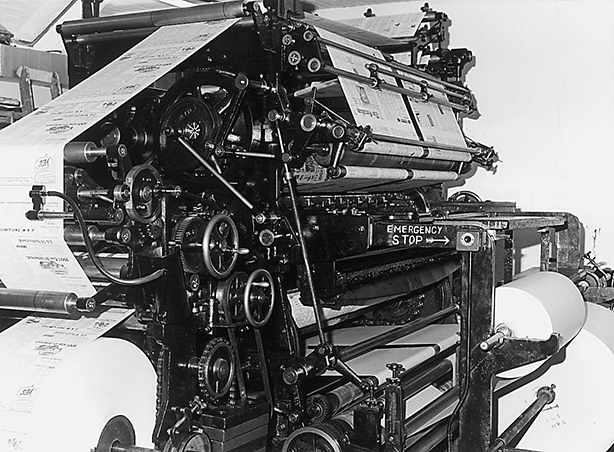 The origins of the company go back 223 years when Orkney was a very different place. While Lord Nelson was busy defeating the French in the Battle of the Nile, Magnus Anderson was fully occupied setting up a bookbinding business in Kirkwall.


The business was primarily focussed on the binding of bibles and gradually developed into a professional printing business; the first in the islands and a dramatic development at the time.


This was the birth of today’s company. Totally different in both size and nature, but The Orcadian of the 21st century continues to introduce new development and stay at the cutting edge of technology. This has been the hallmark of the company throughout its history and most recently The Orcadian newspaper has embraced the digital age by launching an online edition. This means that exiled islanders as far away as Sydney, Australia, can read their copy of the newspaper at the same time as the newsagents in Orkney.


The newspaper’s founder, James Urquahart Anderson – Magnus’ son - and his forebears would find the digital concept impossible to understand but, had they lived in the present age, they undoubtedly would have endorsed it.


The Orcadian have a bookshop based in the centre of Kirkwall, along with selling books and merchandise we also have a Gallery; selling our very own printed canvases, chromaluxe panels and framed prints.


223 years is an awfully long time but The Orcadian remains committed to its customers. It remains a family firm with an Anderson descendant on the board of directors, as well as being one of the principal employers in Orkney and, most importantly, it remains at the forefront of technological advances to ensure its services are of the very highest standard.